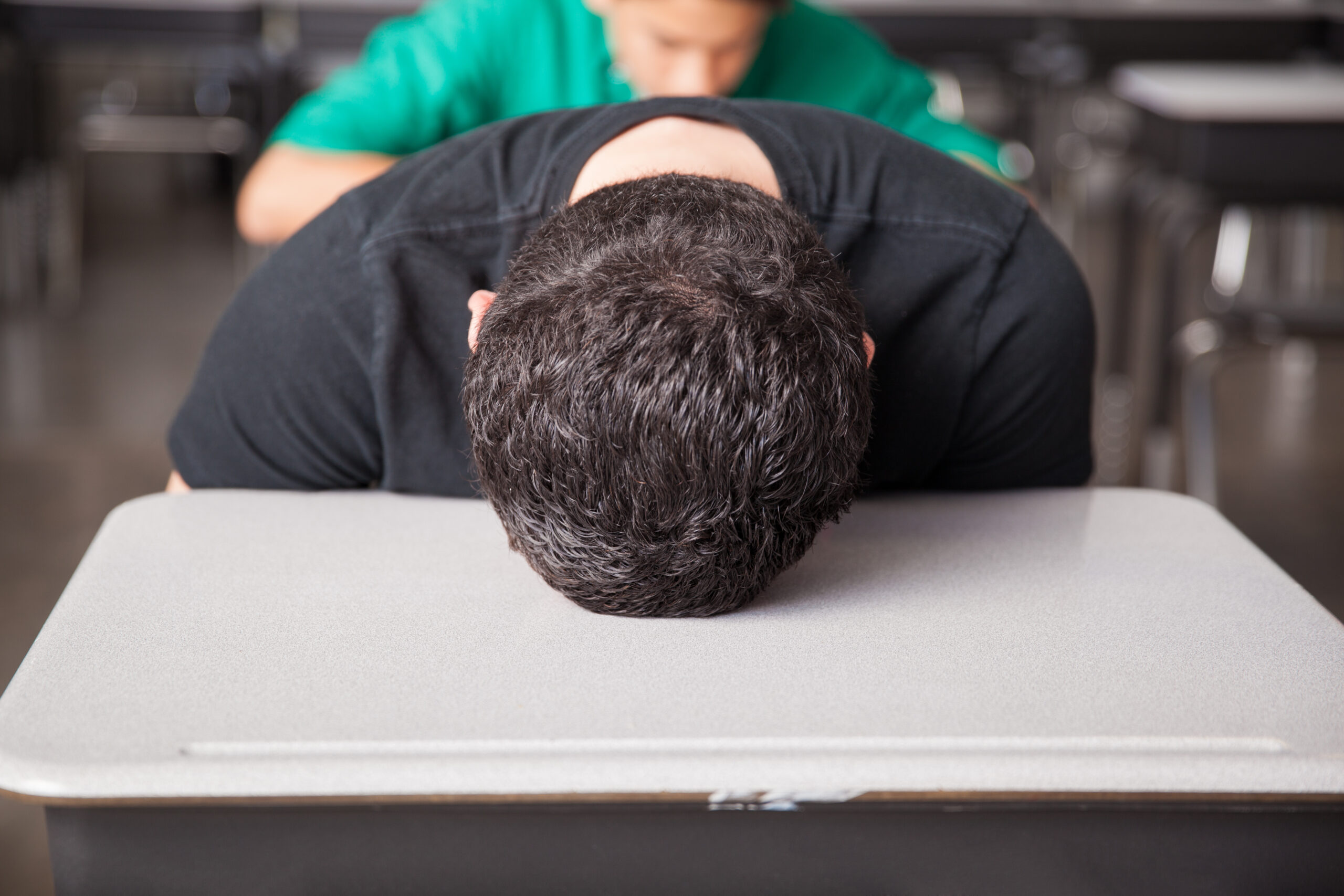 Ask 10 parents — by a show of hands — if their teenagers are persistently tired, and nine out of 10 hands will raise. Many will say their teens suffer from:

As a result, more and more parents are bringing their teens in for sleep studies. The results typically reveal a circadian rhythm disorder.

Teens, like all humans, have a sleep-wake cycle that follows a circadian rhythm taking its cues from sunlight. When it’s bright outside, we become more alert. When it’s dark, we produce a hormone called melatonin that induces sleepiness.

There are a whole host of reasons why teenagers go to bed consistently late, get up early for school, and use weekends for “catch-up” sleep – a pattern that disrupts the circadian rhythm. But one of the most common culprits is screen time.

A recent study by the National Sleep Foundation found that three out of four teens, and 96% of those between the ages of 15 and 17, bring some kind of technology into their bedrooms.

Gaming systems, smartphones, laptops, and tablets give off short-wavelenth blue light which is very similar to sunlight. It not only makes teens more alert, it also deceives their bodies into thinking it’s still daylight. In response, the body produces less melatonin and interferes with the natural sleep-wake cycle.

In one study, remote learning due to COVID-19 restrictions has been linked to less sleep for college students.

Teens aren’t the only ones to fall prey to screen time. Mom and dad, it impacts you too. But many experts believe children and teens are more sensitive to the effects of blue light. By delaying the release of melatonin, screen time pushes back bedtime and leads to less restful sleep.

Left untreated, insomnia in teens can lead to problems with peers, a weakened immune system, depression, and even suicidal thoughts.

If you’re concerned about your teen’s sleep cycle and its impact on his or her life – and the well-being of your family – let the experts at Sound Asleep Lab help you get things back on track. Talk to your physician or contact us directly by calling (866) 792-2792.

About the Practice
Established in 2006
Four locations
Most cost efficient sleep lab
More than 40,000 studies performed

Thank You For Completing the Questionnaire

Please continue and fill out and submit the HIPAA Policy

Please continue and fill out and submit the PHI Disclosure Form

Thank You For Completing the PHI Disclosure Form

To finish your application please do the following: